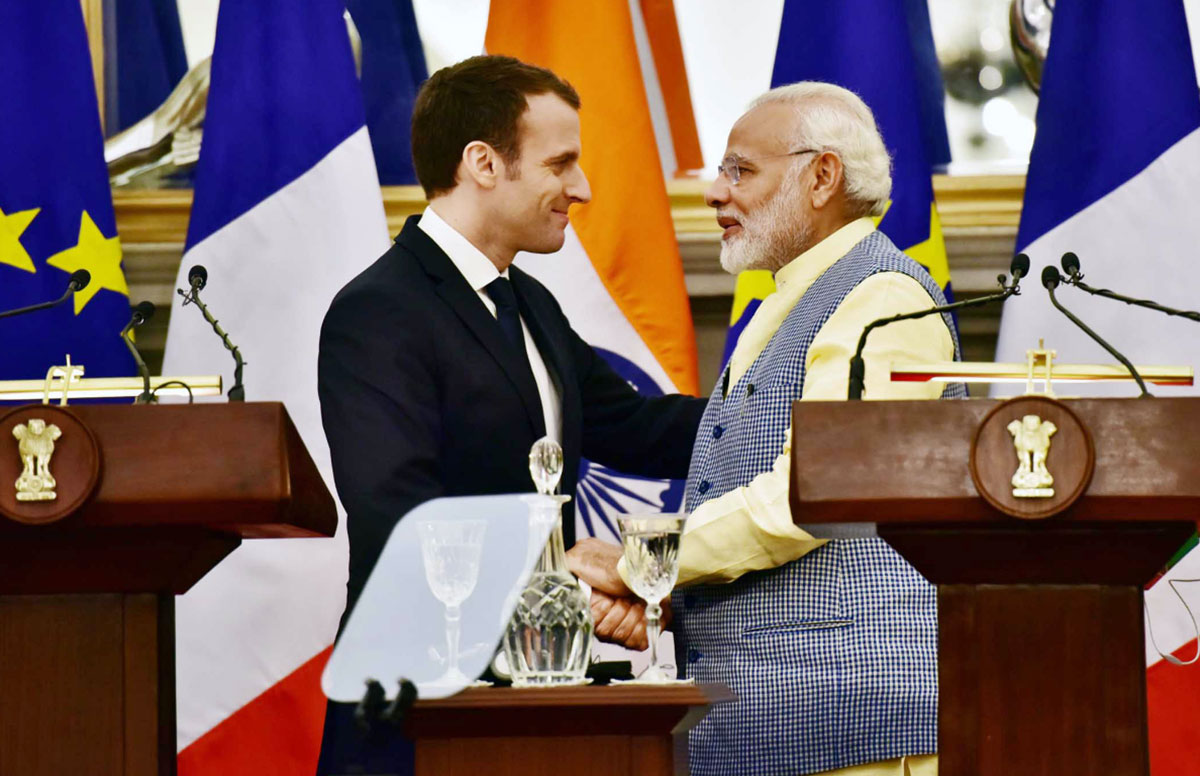 Mutual Recognition of Academic Qualifications between India and France

The agreement between France and India for the Mutual Recognition of Academic Qualifications, signed during President Emmanuel Macron’s maiden State visit to India in 2018, has come into force.

The agreement was inked on 10th of March 2018 during the India-France Knowledge Summit, the first high-level summit for university, scientific and technological cooperation held by the two countries.

It is the first such intergovernmental agreement that India has entered into.

Welcoming the MoU, the Ambassador of France to India, H.E. Mr Alexandre Ziegler, said, “I am delighted that the Agreement will benefit Indian students wishing to study in France and French students wishing to study in India, since both Governments will recognise their degrees. Over the past few years, our country has taken several steps to facilitate student exchange between India and France. With this MoU we have reached an important milestone, which is a great opportunity for students from both countries.  In addition to encouraging student mobility, this Agreement will also promote excellence in higher education through cooperation and exchanges between Indian and French universities. People-to-people ties are essential for strengthening our links, and producing ambassadors of each other’s countries.”

As per the signed agreement, the following educational qualifications from India (from Government-approved institutions) are now recognised by the French government:

License (equivalent to Bachelor’s in India)

Doctorat (equivalen to Ph.D. in India)

Professional degrees such as Law, Medicine or other professions regulated by a professional council are excluded.

The mutual recognition of AISSCE and Baccalauréat degrees will enable students to advance  their studies in both French and Indian educational systems. It promotes mobility of students between the two countries.

The Embassy of France in India is committed to fostering this positive trend with supporting initiatives. The target set by President Emmanuel Macron to welcome 10,000 Indian students annually by 2020, will be reached by the end of this year.

The Embassy has developed a highly attractive visa policy for Indian students, which includes the option of a 2-year employment visa in France after the completion of post-graduate studies.

Furthermore, all Indian alumni who hold a Master’s or higher degree from State-recognised French institutes are eligible for 5-year short-stay visas.

Indian alumni with French degrees enjoy many career opportunities in India as well, as over 500 French companies, employing more than 3,50,000 people, operate in India. The French Government currently invests 1 million euros (7 crore rupees) in over 500 scholarships for Indian students every year. The French Embassy founded the Franco-Indian Education Trust in 2017 to further increase scholarships.

Previous Post:« WHY STUDY IN FRANCE?
Next Post:The subtleties of the french language »

Stay in the know

Join us. Together we can create an innovative, passionate, professional and entrepreneurial community for a better future.